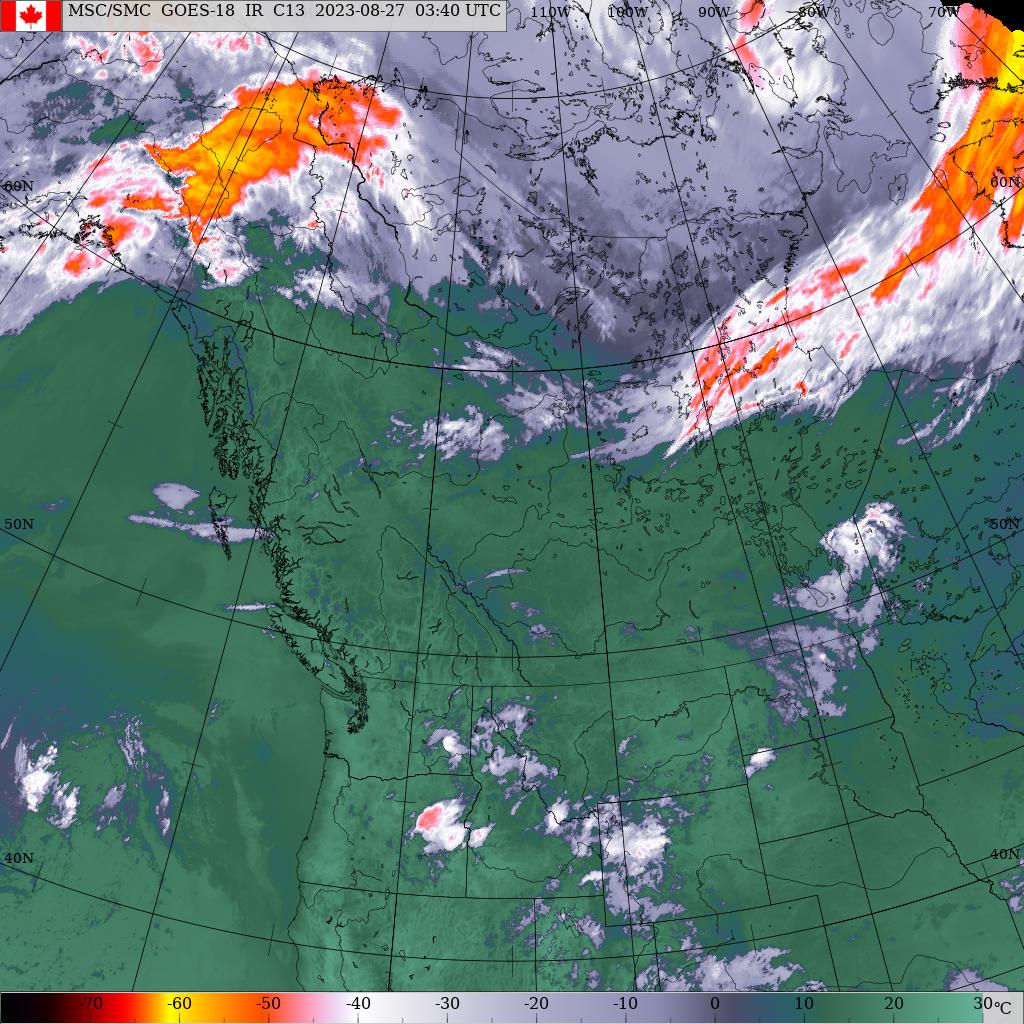 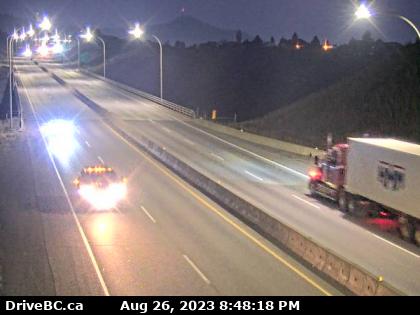 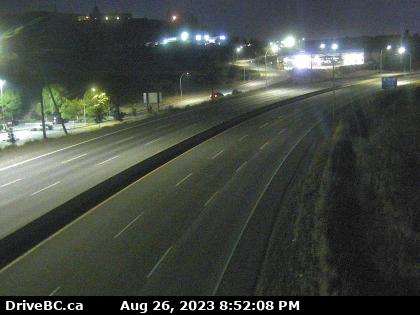 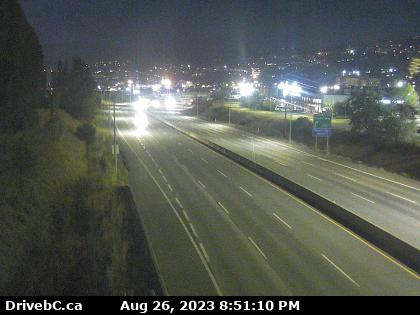 See more webcams from around Kamloops on the City of Kamloops Traffic Data and Webcams page.

Kamloops is a city in south central British Columbia in Canada, located at the confluence of the two branches of the Thompson River near Kamloops Lake. It is the largest community in the Thompson-Nicola Regional District and the location of the regional district’s offices. The surrounding region is more commonly referred to as the Thompson Country. It is ranked 37th on the list of the 100 largest metropolitan areas in Canada and represents the 44th largest census agglomeration nationwide, with 85,678 residents in 2011.

The climate of Kamloops is semi-arid due to its rain shadow location. Because of milder winters and aridity, the area west of Kamloops in the lower Thompson River valley falls within Köppen climate classification BWk climate. Kamloops gets short cold snaps where temperatures can drop to around ?20°C (?4°F) when Arctic air manages to cross the Rockies and Columbia Mountains into the Interior.

The January mean temperature is ?2.8°C (27°F). That average sharply increases with an average maximum temperature of 4.3°C (40°F) in February. The average number of days below ?10°C (14°F) per year is 19.9 as recorded by Environment Canada.

Although Kamloops is located above 50° north latitude, summers are warmer than in many places at lower latitudes, with prevailing dry and sunny weather. Daytime humidity is generally under 40% in the summer, sometimes dropping below 20% after a dry spell, which allows for substantial nighttime cooling. Occasional summer thunderstorms can create dry-lightning conditions, sometimes igniting forest fires which the area is prone to.

Kamloops lies in the rain shadow leeward of the Coast Mountains and is biogeographically connected to similar semi-desert areas in the Okanagan region, and a much larger area covering the central/eastern portions of Washington, Oregon and intermontane areas of Nevada, Utah and Idaho in the US.

You’re not currently logged in. Login Here. If you don’t have one, you can Create a Free Account Here. If you want to know why you should create an account Read This.